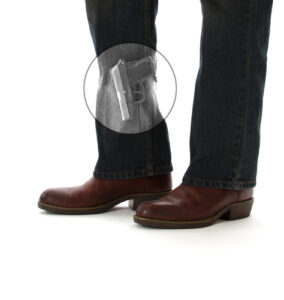 within a pyramid. My point is that you can’t get to the level above and evolve unless you satisfy the basics. And the human need for safety stands second, above the primary needs such as food or sleep. One must satisfy lower level basic needs before progressing on to meet higher level growth needs. Once these needs have been reasonably satisfied, one may be able to reach the highest-level called self-actualization.

But I’m not trying to patronize anybody here, I’m just trying to underline the fact that since our society is often unable to provide the security we unconditionally need, it’s our responsibility to make sure it doesn’t turn into utopia. Our feeling secure is vital.

So here are some facts about online concealed carry courses that I’ve personally discovered in my attempts to keep my loved ones safe.

 Basically an Online Concealed Carry Course is a comprehensive firearms safety and concealed carry class that will provide you with the training necessary to apply for your permit to carry or concealed carry weapons (CCW) permit.

 Most of these states allow you to carry a concealed weapon by obtaining an Arizona Non-Residents Permit that covers the above states.

 For the listed states the only requirement is to take the firearms safety training. Firearm safety training does not require shooting or even touching a gun. This is the delicate point as far as online concealed carry courses are concerned, as a lot of people disagree with them because of their non-practical approach towards gun handling.

Nevertheless the best method to keep my family safe, in my opinion, is taking up the online courses, because they don’t actually involve any shooting, as I’ve said before, and don’t force me to spend some of my free time away from home, either.

 Well one is supposed to have already gone through some experiences related to guns, but the online training is much more about safe firearm handling related to prevention than actual shooting. Some don’t agree with my mellow perspective on life, and strongly suggest I should also go for an actual concealed carry course.

 As an argument for those of you who don’t support online training: first of all, the law authorizing the online training imposes no specific standards and does not require applicants to actually handle a firearm, as I’ve already explained above. Secondly, spokesman for Attorney General Ken Cuccinelli, who sponsored the amendment when he was a member of the state Senate, said that Virginia’s concealed-carry program has never required hands-on training because its goal is to teach gun safety, not proficiency.

 In order to apply, one has to request an application packet from the Virginia State Police. A 5-year permit costs about $100.00, and it’s necessary to provide fingerprints and passport sized photographs as part of the application process.

 Make sure the instructor is certified by the state or by the National Rifle Association.

 “The most important thing in the license application to me is not the practical firing of a firearm, it’s knowing the laws that relate to deadly force and where you can lawfully carry,” Texas Land Commissioner Jerry Patterson said. “I’m more concerned that the online course doesn’t give folks the knowledge they need to have about Texas law than I am about them not being proficient.”

 Most online safety training processes can be completed in less than 45 minutes. There usually is a 30 video plus an average 20-question test. The goal of either course method should be the same. Each method should result in a safer, more educated, handgun owner.

 Bottom line, should you feel that you need personal instruction with your specific handgun then these courses are probably not for you. If you feel comfortable with your handgun and you would like to save time and money then taking an online handgun safety-training course is a great option.

 Another thing I’ve discovered while doing my research is that Virginia recognizes your military service as a qualification to obtain a permit.

 This is the most important argument, as far as I am concerned. Gun control supporters say these quick online classes make a mockery out of the intent of the concealed carry law. But nevertheless some gun rights supporters say the more permit holders there are, the safer we all are. Besides, some of them argue, gun owners should be able to pack their pistols without any permit, like they can in Vermont, which has the 49th lowest crime rate in the nation.