Unfortunately online courses are mostly regarded as an unsafe and an unreliable method of fathoming one’s studies nowadays. Sadly, it is sometimes believed they had been invented for the ones who are less preoccupied as far as their studies are concerned, but who need a diploma in an arbitrary field. However this is a completely wrong premise to start with, because online courses do not even slightly resemble any kind of pampering or taking the line of least resistance. They are undoubtedly keeping up with our times and delivering the same clear message through modern means.

A young architect I know decided to take up a UC Berkeley online course on Introduction to Human Psychology, as she had always been very passionate on anything related to human behaviour. She thoroughly compared several Universities that also offered online courses, but decided to stick with Berkeley. Being a rather cautious person, she wanted to play a winning game from the beginning, Berkley having tradition and prestige among public universities. But I assume any other accredited University that offers online courses should also do the trick.

Make sure you chose an accredited University

As you’ve probably heard by now, there are a lot of phantom online certificate providers that have no accreditation whatsoever. Like a stamp of approval, accreditation tells students that a school or degree program meets certain academic standards. It also tells employers that graduates of the program are likely to be prepared for the workforce. Although students may be able to receive a quality education, degrees without reputable accreditation may not be as appealing to grad schools or employers. So should you decide to take up such a course, the best thing for you is to be able to benefit from it fully, as well. 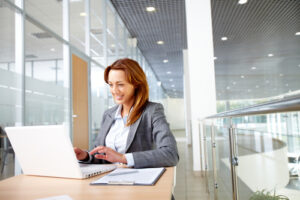 Being used to all sorts of deadlines and un-slept nights, my architect friend is organized enough not to fall behind when having to complete weekly assignments, and commit to a demanding schedule.

It goes without saying that the Berkley online course she chose offered as much flexibility as any other online course, but nevertheless, the actual online training program is just as demanding as any traditional course, only that it gives you more flexible hours. But they can neither be skipped, nor rendered or postponed. Once you enrol in an online course, you have something between a minimum of 90 days and a maximum of 180 days to complete it.

Make sure you’ve got the necessary hardware

As far as flexibility is concerned, make sure you’ve got what it takes to be able to keep up with the course without having to handle exterior problems, such as slow Internet connections or outdated computers, which will forbid you from downloading the course materials or watching whatever recommended videos. Students who have slow Internet connections or limited access to computers will have problems completing assignments.

A thing I’ve also learned from my friend is the fact that the UC Berkley online courses also provide students with courses Podcasts. The University of California-Berkeley has actually been streaming videos of their courses through their site webcast.berkeley since 2001. In 2006 they became the first university to podcast a significant number of their courses on audio, making lectures available as downloadable MP3s, put up on RSS feeds that anyone can subscribe to. So this is fun and easy additional material that we can also benefit from.

Their podcasted courses cover dozens of fields, such as science, psychology, engineering, and many others. Podcasts of lectures are released throughout the semester and they also have an archive of all their previous courses. Berkeley has started to make select webcasts on select external services like iTunes U in 2006 and YouTube in 2007. The great thing is that before being uploaded on YouTube, in 2006 alone, lectures had been viewed by roughly 4.3 million people on their local host at webcast.berkeley. Also consider the edX site for taking further decisions Berkeley is also working with edX to develop and foster adoption of Small Private Online Courses (SPOCs) on campuses from around the world. SPOCs are meant to enhance the learning experience of on-campus students, while providing local faculties with an opportunity for more interactive activities and more time for high-touch pedagogy.

Bottom line, don’t let less expensive fees and a promised flexibility guide your decisional process. These online courses are a big deal, too. In my friend’s case, her current job, which involves a lot of travelling, forced her to take up an online course to satisfy her curiosity. But what I can tell you from her experience is that she seems pretty content to me. It’s something some people just have to do in order to evolve, learn more, organize their brain and understand more about the world they live in despite their not being able to afford the luxury of actually returning to the traditional ways of learning.