Wouldn’t it be wonderful if everyone was a great driver? The definition of that phrase, by the way, refers to a driver who’s always cautious on the road and courteous to their fellow members of traffic. Of course, such a scenario would be ideal, but this also makes it utopian. However, there is a realistic approach to safer roads: understanding that not everyone out there is going to stay safe and also doing something to improve your own driving. Experts recommend taking a defensive driving online course to anyone seeking to better their driving skills, but also to those who want to shave a few points off their license. 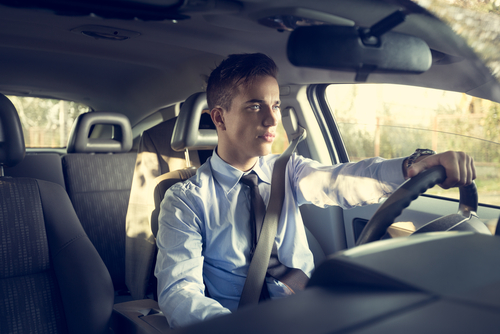 More importantly, though, engaging in this type of online training will help you ward off some risks. Ever shared a road with an aggressive speeder? Ever seen a driver carelessly wander off into the other lane, because they were too busy doing anything else but paying attention to the road? The examples of recklessness out on public roads could go on endlessly. There are drivers
who follow the car behind them much too closely, others who never yield the right of lane, and, of course, everyone’s favorite – those who switch lanes and take turns without turning on their traffic signals.

The following six pro tips will help you not be ‘that guy’ out on the road. Good driving is all about paying attention, but current statistics say the never-ending streams of distractions of the modern day are taking a toll on safe driving. About one third of all car crashes are caused by inattentive driving, and that’s no wonder, considering how ‘married’ most of us are to our
cellphones. In the following, you’ll be learning some simple things you can do, in order to avoid the risks that contemporary traffic brings up.

You’ve seen them. They’re not paying any attention and, perhaps in an effort to tempt fate as much as they can, they also sometimes come off as very aggressive behind the wheel. This doesn’t make them better drivers, though. In order to be one of those genuinely good drivers, you will want to make sure there’s plenty of room between you and the car in front of you. Wear your seatbelts, check the mirrors, lock the doors, and you’ll be on your way to being a far better driver than the ones mentioned above.

Good drivers are rarely ever caught unawares of their surroundings in traffic. They know theyneed to check their mirrors as often as they can and they also look down the road by some 20 to 30 seconds. Such a driving strategy will help keep you prepared for anything that may come your way. It will help you avoid a driver that’s speeding or driving aggressively in other ways. You’ll have plenty of room to slow down, or even to take the next exit or turn. It will also help you safely avoid cyclists, pedestrians, and animals.

While it’s a good idea to pay attention to what everyone else is doing out on the road, don’t ever expect other drivers to do you favors or help you pass – just because. Hope for the best, but do hope for the worst. The other drivers might run a red light; they might not let you pass, and so on. Being aware of the worst case scenario and staying prepared for it is always the best
tactics.

The way you position your car on the road is essential. You will want to keep your options open, as it were, and leave enough room between you and all the other cars to be able to get out of the way, if need be – for instance if an attempted overpass fails, if there’s a collision ahead, or if the road becomes unexpectedly blocked for whatever other reason.

The rule of thumb is to always leave at least 3 to 4 seconds between your car and the one right in front, because that’s about where a safe distance begins. This will give you just enough time to brake to a stop, if you need to. However, you have to remember that this rule only applies to good weather and normal traffic conditions. In particularly foul weather, fog, night time, or very busy traffic, try to maximize this following distance as much as you can.

What do you do when you’ve got not one, but several risk factors to manage, all at once? What happens when the weather is bad, there are several aggressive drivers on the road, and you’re also stuck behind a truck and some motorcycles thrown in, too, just for fun? You take the risks one at a time. Focus on too much at once and you’ll actually only manage to lose focus and become distracted. Try to prioritize as best you can, slow down, and even exit the road, if the risks are running too high.