In the post-recession economy, it seems that more and more job seekers are diving head-first into the job pool ridden with anxiety. Some have gotten sacked from an industry that seems to have no future. Others were forced to return to work after spending time at home raising children and looking after the household – they’re worried about their lack of formal education and professional experience. And others still are deterred by the prospect of living on minimum wage. All these worries are well-founded. Luckily, they are also avoidable, with a simple search for free online certification courses.

Many professional career advisors regard online training in particular, and life-long learning in general, as the contemporary equivalent to post-graduate studies. If you can’t afford the latter, for personal, financial, or time constraint-related reason, the former will serve you just as well. And, as an added perk, most certificate-only jobs also steer clear of the dreaded ‘life in a cubicle’ career path.

The following six certificates will substantially improve your chances at landing a job that pays significantly more than minimum wage and which you can end up turning into a successful life-long career. It’s up to you to decide whether you want to sign on for free online certification courses, or attend a real-life college or vocational school. Bear in mind that the programs differ in length and requirements, but most last for about six months to a year. In terms of expenses, they can cost anywhere between a few hundred and a couple thousand dollars. The good news is that you can become eligible for financial aid – or you can simply enroll for free online training. 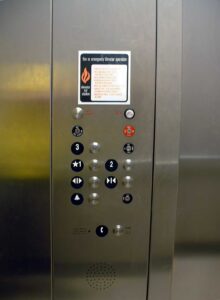 Elevator repairers actually have the highest paying so-called blue-collar job in all of the United States. The top earning 10 per cent make as much as $105,750 on average. In 2012, there were 20,440 elevator repairers nationwide and the best paying state of them all was Massachusetts. Aside from actually repairing elevators, professionals need to know how to install and maintain the machines, as well as be able to deal with escalators. In order to get the job, you have to apply through your local chapter of the International Union of Elevator Constructors. You’ll have to be at least 18 years-old, have a GED or high-school degree, pass a skill test, and be in good physical shape.

The requirements for becoming a police detective vary from one state to the next. Typically, police detectives (also referred to as Public Detectives) will start out as police officers. After a probationary period (which can last anywhere between six months and three years), they are promoted to detectives. However, in some states, formal training and passing several examinations are also required, before one can become a Police Detective.

Pay for power distributor and dispatchers actually varies, depending on experience – they can make anywhere between $48,000 and $72,000. In Nevada, the average yearly pay is around $93,300, even above average pay per year of all the other company management jobs in the state. In terms of certification, landing this job requires a high-school diploma, followed by intensive training on-site, plus formal coursework. 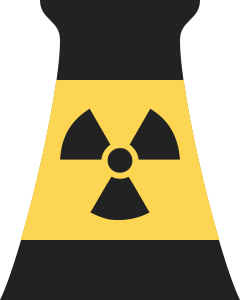 This job may sound daunting (and it should), but the fact remains that it doesn’t require a college degree. You will, however, need to learn how to operate the machinery at any nuclear power reactor by completing training courses with the Nuclear Regulatory Commission. These courses involve both formal coursework, as well as on-site experience with the machinery. Then, you’ll need to pass a practical exam each year and possibly also undertake drug tests.

Most transportation managers don’t have any other certification save for several years of driving experience on trucks, before they are promoted to this managerial position. Some 50 per cent of them do complete some college, while less than 25 per cent have a college degree. Tip: in California, the state which employs the highest number of transport, distribution, and storage managers, the average yearly salary is even higher than the country average ($87,720 for the Los Angeles metropolitan area and $91,400 for the whole state).

How does the above average salary look to you? This is the highest paying job for which you only need a certificate, but not a college degree. FYI, air traffic controllers employed by the federal government make even more: $122,490 according to bls.gov. This is not to say that getting the job is easy. In order to qualify for employment testing you will need four years of college, plus some three years of professional experience. Then follows the certificate course at the FAA Academy, plus an additional program that must be completed before becoming employed.