If you’re not exactly sure what defensive driving is, you could think of it as humanity’s response to the rising aggressiveness and accident curb of nowadays’ roads. In short, it is an assumed strategy of teaching people how to behave more nicely while behind the wheel and to also minimize the risky behavior of themselves and of others. This driving strategy is ultimately aimed at preserving life and preventing all kinds of loss: loss of life, unnecessary loss of time or money or resources in general. According to its official definition, defensive driving is a strategy to be employed regardless of the conditions or of the actions of those around you. That means that kindergarten-like excuses like “the other driver started it” will hopefully diminish once more and more people complete some defensive driving training and will have their feet brought back on the ground. 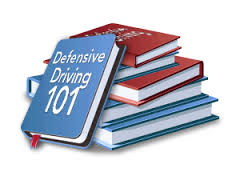 To be fair, we don’t mean to sound anything close to condescending: even though we do believe that it ultimately has that desirable effect as well, defensive driving isn’t primarily aimed at teaching over-grown kid-drivers to behave. Far from it, in fact: its goals are just to impart drivers with a number of techniques and preventative measures in order to make the roads safer. If road manners and anger management do manage to become part of the training, it is only incidentally and in no way patronizing. Actually, defensive driving is very often a formal requirement of rehabilitation and of getting your license back after being involved in a car accident.

In other cases, many states of the U.S. offer an incentive to drivers willing to enroll in these usually free safety classes. This incentive can take the form of various mandate insurance discounts or wiping your slate clean of a speeding ticket, which are both pretty desirable to any driver. One of the states which are offering the biggest incentives for taking such a course is Texas. For example, besides the two rewards already stated right above, drivers enrolling for a defensive driving course also benefit from a personalized lowering of ticket fines. All in all, it’s a pretty sweet deal, considering the advantage of just becoming a better driver, which goes without saying.

How Can You Enroll for a Defensive Driving Course Online for Texas?

All in all, you’re probably already convinced of the utility of such a course, even more so since it’s probably not the first time you heard of defensive driving, especially if you live and drive in Texas. If you’re considering enrolling for it any time soon, there are a few things you should know about. First and foremost, attending a regular course format is not the only option anymore. Besides the traditional way of attending, there is also the so-called Alternate Delivery Method which includes video or online courses, clearly more suitable for most drivers’ schedules.

Still, there are some precautions you should take before completing the payment for any such course. First of all, make sure the online training program is properly accredited and recognized by the Texas State and courts. You’re doing this defensive driving course online not just for the sake of it, but also for the incentives thrown in, and it would be a shame to miss out on them because of a petty scam. If you’re still having doubts whether the course you’re tempted to enroll in is in fact legitimate or not, the best thing you can do is to double check it with the help of your local police station. Just call in and explain the situation and they’ll be sure to confirm to you whether or not the course you’re interested in is formally recognized or not.

Second of all, you should watch out for another kind of unpleasant effect: avoid an annoying or inefficient course, even if it is formally recognized, by browsing through some customer reviews. Even though the incentives are pretty good as well and probably the only reason you’re actually enrolling for a defensive driving online course for Texas, it would be good to actually enjoy it and learn something from it. Make sure the other drivers who attended it have good things to say about the online training program which you’re considering. All this being said, congratulations for being willing to learn something new and we wish you safe driving.