Have you ever wondered which are the easiest languages to learn? This is a hot topic both in the English speaking world and for the rest of the globe.

For those whose native language is English, there is little incentive to start learning a foreign tongue. English is the lingua franca of the 21st century after all. However, there are plenty of reasons for which learning a new language should be widely embraced.

Here it is: the number one easiest language to learn. According to the Foreign Service Institute ranking, Spanish is a Category 1 foreign language.  This means that the time invested in picking up Spanish doesn’t exceed 24 weeks. Of course, there is no rule of thumb here and this timeframe largely depends on your availability and how sustained your rhythm is.

Spanish and English may seem unrelated at first. While they are part of different branches of the Indo-European language family, they do share a large amount of vocabulary. Moreover, the grammar isn’t all that different, while the verbal tense system is almost unique.

Do you need another reason to start learning Spanish today? As a top easiest language to learn for English speakers, Spanish is also spoken is 20 countries around the world. 500 million people share Spanish as their native tongue. This alone should make it easy to have real access to a cultural experience that English alone can’t reveal.

Where should you get started? Here is a list of apps that in addition to a Duolingo account can prop your Spanish knowledge in no time:

We’re sticking to the Romance languages family and presenting you another entry on the list, marked easiest foreign language to learn. It’s time you went one step beyond ‘baguette’ and picked up a language that is closely related to English despite the two being part of different Indo-European branches.

Since 1066 when England fell under Norman rule, a linguistic blend started to brew. Middle English was infused with French vocabulary. Our modern day language has borrowed so much from French that in a conversation you will certainly hear some words that are at least familiar.

Granted, French is more complex than English when it comes to spelling and grammar. Nevertheless, picking up French even at a conversational level will open doors in the 29 countries where this Romance language is also the official language. 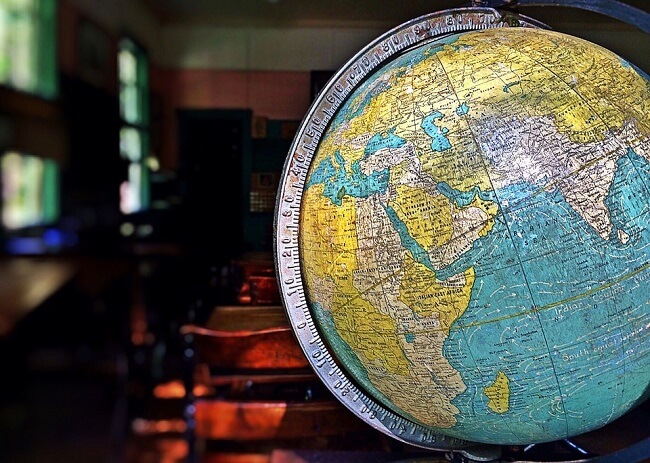 According to the Foreign Service Institute ranking French is also a Category 1 language which means it’s fairly easy to learn. These are the apps that could get your started.

Yet another Romance language, Italian ranks high as the easiest language to learn. The grammar aspects may seem a little daunting. Nonetheless, with the Foreign Service Institute placing Italian in the first category as well and the undeniable charm it evokes, Italian should be on your top ten easiest languages to learn list.

It’s the language most related to Latin and quite close to French. If you have a knack for picking up languages, Romance languages are a piece of cake. There are plenty of Italian learning apps out there, but we found these two to be the best:

We are moving on to the Germanic languages family. Spoken Dutch has a quaint air of familiarity for a native English speaker who happens to hear Dutch. The reason behind it is that Dutch is the closest relatives of the English language when it comes to this branch of the Indo European languages.

Another reason behind this familiarity is that Dutch is also ridden by borrowed vocabulary from the Romance languages. Almost the same foreign vocabulary has made its way both in English and Dutch leading to similar developments in both languages.

Also a Category I language, Dutch is deemed fairly easy to pick up. Provided you do find a partner to practice with, the learning process should be a breeze. Here are a few apps to help you meanwhile:

Yes, Norwegian. Norwegian, Swedish and Danish are all included in the Category 1 ranking. The similarities between the three Nordic languages make them one language continuum that’s easy to learn for English speakers.

Just as is the case with the English language, the three have lost the grammatical cases which typically make acquiring a new language more difficult. In case you are looking for sources that could help you jumpstart the process, here they are:

Keep in mind that even if a language is included in a category that seems to be more difficult, it’s all up to you and the time resources you’re willing to invest. The easiest languages to learn are always the ones most similar to your own. That doesn’t mean Japanese or Indonesian aren’t attractive options. Good luck!