Traffic in New York State can get rather intense at times, as we all know. What we’re almost willing to wager that you don’t know is included below: data collected from statistics and reports from the NYS DMV. The reality is jarring, but also self-evident. Safety is a concern in NY, which is why more and more experts are recommending defensive driving courses. Read on, before making up your mind on online training, and then ask yourself this: how could road safety in my state benefit if I took a defensive driving course online NY?

1. The total number of car crashes is going down, but…

In 2010, a little over 315,000 cars crashed in the state of New York. By 2012, that number had gone down to nearly 295,000. An improvement of 20,000 fewer crashes over the course of two years may seem like a big deal; however, a closer look at the statistics reveals a picture that’s slightly more complex than that. The number of fatal crashes has stayed relatively unchanged over this span of time: 1,119 in 2010, 1,077 in 2011, then back up to 1,082. People are still dying in car crashes in New York State – and it’s time everyone who’s out on the road did something about it.

2. The number of multiple vehicle crashes is almost double than the one that involves only one car. 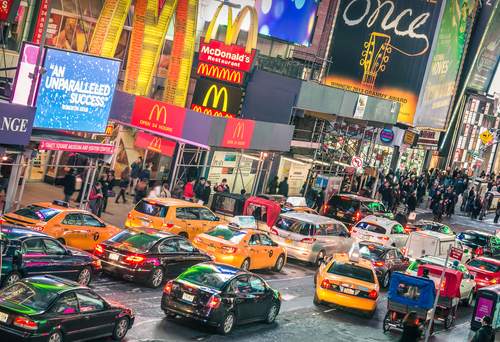 If you think about it, it makes sense: after all, most car crashes don’t involve one vehicle driving into a brick wall, ravine, or who knows what else. Usually, a car crash takes several vehicles, which, in turn, means an even larger number of potential victims. In 2012, there were 97,456 single car crashes in the state of New York, compared to the 197,301 multiple vehicle crashes reported that same year. Needless to say, multiple vehicle crashes are far more dangerous, costly, and life-threatening to everyone involved.

3. There are almost just as many non-drivers dying out on the road as there are drivers

One look at the total number of car crash fatalities, recorded in New York State, over the span of 2010 to 2012 reveals a worrying trend. While the overall numbers of persons killed has stayed fairly steady (1,192 in 2010, compared to 1,163 in 2011), so has the ratio of drivers to non-drivers killed. Roughly half of the fatalities involved in car crashes in New York over the course of one year are drivers. The rest are passengers, pedestrians, and cyclists – in that order of risk.

4. An overwhelming number of car crashes happens on Friday afternoon

One of the most unexpected statistics regarding traffic in New York State concerns the day of week and time of day when crashes happen. According to the statistics, Monday is by far the safest day, while Friday is the least safe (33,628 accidents, compared to 49,805, respectively). The safest time to be driving is between midnight and 6 a.m. on a weekday, when the number of crashes drops below 3,000 – while the least safe is Friday, from noon to 6 pm. No fewer than 20,394 car crashes took place in the state of New York in 2012, during those six hours of the week’s final workday. So, remember: if you’re headed home for work, slow down and pay attention. It might save your life.

5. Twenty-something males are still causing the most car crashes

The same statistical report says that men cause about 56 per cent of all the car accidents that happen in New York State. That number has held consistently, from 2010 to 2012. In terms of the age of drivers responsible for accidents, people aged 21 to 29 are resolutely in the lead of this infamous chart. A little over 19.5 per cent of crashes were caused by them over that same span of time – that’s more than the number of crashes caused by people in their sixties and over 70 put together. Yet car insurance premiums are still more costly for the elderly…

What do you think are the leading causes of car crashes in New York? We’re willing to bet you were about to cite DUIs as the top cause. However, the data says otherwise: in 2012, 19.4 per cent of all car crashes in the state were caused by driver inattention or distraction; following too closely came in as a close second, at 16.8 per cent, and the third cause on the list was the failure to yield right of way *15.8 per cent). These percentages have been holding steady for the past three years, by the way – so be careful above all else, when you’re out on the road.

7. Car crashes are killing the young

Since they’re the top age group to cause car accidents, it comes as little surprise that they’re also the top demographic to be killed or injured in a car crash. People aged 21 to 29 made up 20.7 per cent of all car crash victims in 2012. Perhaps just as importantly, if you added up the number of people aged 0 to 20, who were killed or injured in a car crash that year, you’d come up with a tally of 16.9 per cent, which would be a close second to the above cited number.